Many of our customers work with different networks that have overlapping members. It is usually the case that each network will be managed in a separate sumApp project, be shown in it's own Kumu map and have different kinds of questions. But in a Tier IV account, where there is an overlap of members between two or more of the projects within a single account, you can import the rank-able question connections from the population of one project into another - thereby reducing the 'ask' of those overlapping members.

Facts about the connection import: 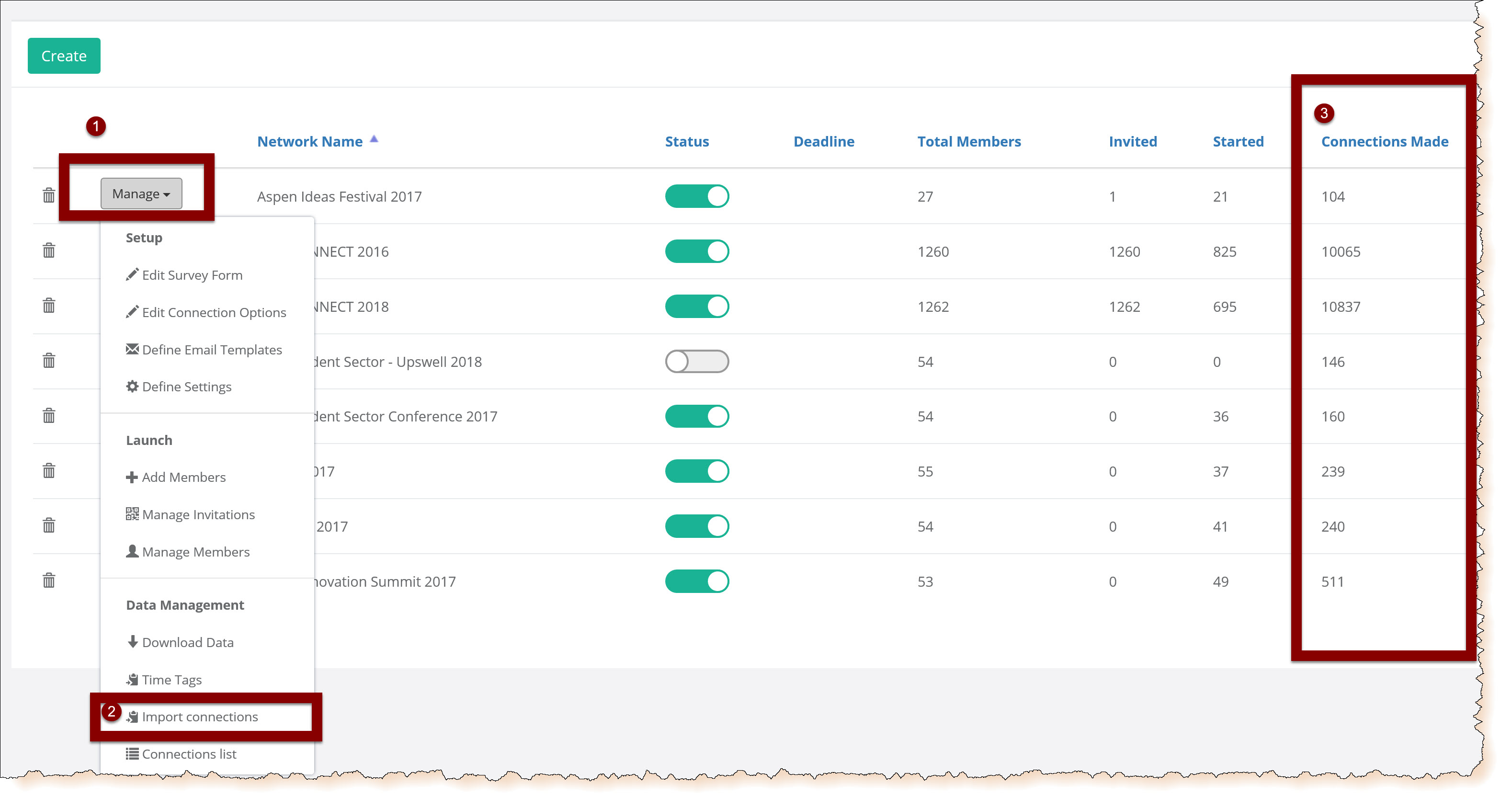 Note: This feature will move very slowly when your project has a large number of connections (such as in some of the projects in the image above)

Working with the connection import interface

The first screen you'll see:
1) Shows you're in the Data Management phase.
2) Shows you're on the Import Connects page.
3) Select if you are starting fresh with a new import.
4) Select if you have previously defined an import and saved the option mapping - and you want to re-use that mapping. (greyed-out in this instance because no prior mappings have been saved)

After you've opted to define a new import,

Mapping options is necessary because your ranking question options may be different in the two projects, and you may need to make some decisions about how and what to move over.

3) Back - return to the sending project selection list
4) Run the import matching function based on the mapping indicated. Takes you to the next import step.
5) Store the mapping for future use.

When mapping options, you are defining how to translate the selections in one dataset into the, potentially different, options in another datasest.
So, in the example above:

It won't always be that simple a correspondence. You may even choose not to import some responses because there simply isn't a good option to map it to in the receiving project.

The bottom line is - be sure to think through your option mapping carefully!

If you know you plan to repeat this exact import again, in exactly the same way, it will save a little time if you save what you just mapped out.
To do that, click 'Store mapping'.

1) Name the mapping set - keeping in mind that each stored mapping has to have a different name, so be as specific as possible.
2) Click on 'Save mapping'