Understanding the URL field on the Bio page

Understanding the URL field on the Bio page

Graph Commons, just like Kumu, is fussy about how your data is structured (hence sumApp. . . .), and has it's own set of required fields.
One of those required fields is called 'Reference'. It doesn't have to have actual data in the cells, but a column called 'Reference' HAS to be there. It's used for a URL that can be clicked on in the Graph Commons project.
We struggled a bit with this 'Reference' field, because - if we made it a built-in, mandatory field in your survey, no-one would know what it was for (since it has to be called 'Reference' which would mean nothing to your members). If you're not using Graph Commons, it would be seriously annoying. Plus, the survey is entirely custom, trying to hard-code a field into it would just be a big mess.
But on the other hand if you don't know how Graph Commons works, you wouldn't just accidentally happen to add a field called 'Reference' yourself, and if you didn't, your data wouldn't load (we know, we tried it several times).
We could always just insert a virtual 'column' called 'Reference' that would be empty, but you might actually want to USE that field for people's websites or whatever, so you'd have to have a way for folks to get their links into it.
And then again, you might NOT want to use it. For example, you may ALREADY have a 'website' field in your survey that many people have already used, so you may not want to create a big mess by having some people use the 'reference' field (wherever that might go) & others use the 'website' field. It would add a bunch of mess to you maps.
Plus, this was specific to Graph Commons, but whatever we gathered would have an impact on the Kumu output as well, so it was starting to feel even more tricky. . .
But then, as we were grappling with how to ensure that a 'Reference' field was included as flexibly as possible with every Graph Commons dataset, Tim remembered that Kumu has a similar special field - called, drumroll. . . . .
'URL'.
URL in Kumu is a field that, if it's in a node, and you double-click on that node, it pops open a frame containing the contents of that link.
So - ok - now we were getting somewhere. Because, in both platforms, you may want to use that special field, it just needs a different label in each context, and it needs to be OPTIONAL whether you use it or not.
So - then we thought (actually, Alex - our developer - came up with this) - Put that field on the Bio page (so it's hard-coded & always exports), label it differently depending on the context, and GIVE YOU THE OPTION of using it or not.
So there you have it!
The option to show it or not is in 'Setup' and then 'Define Settings' 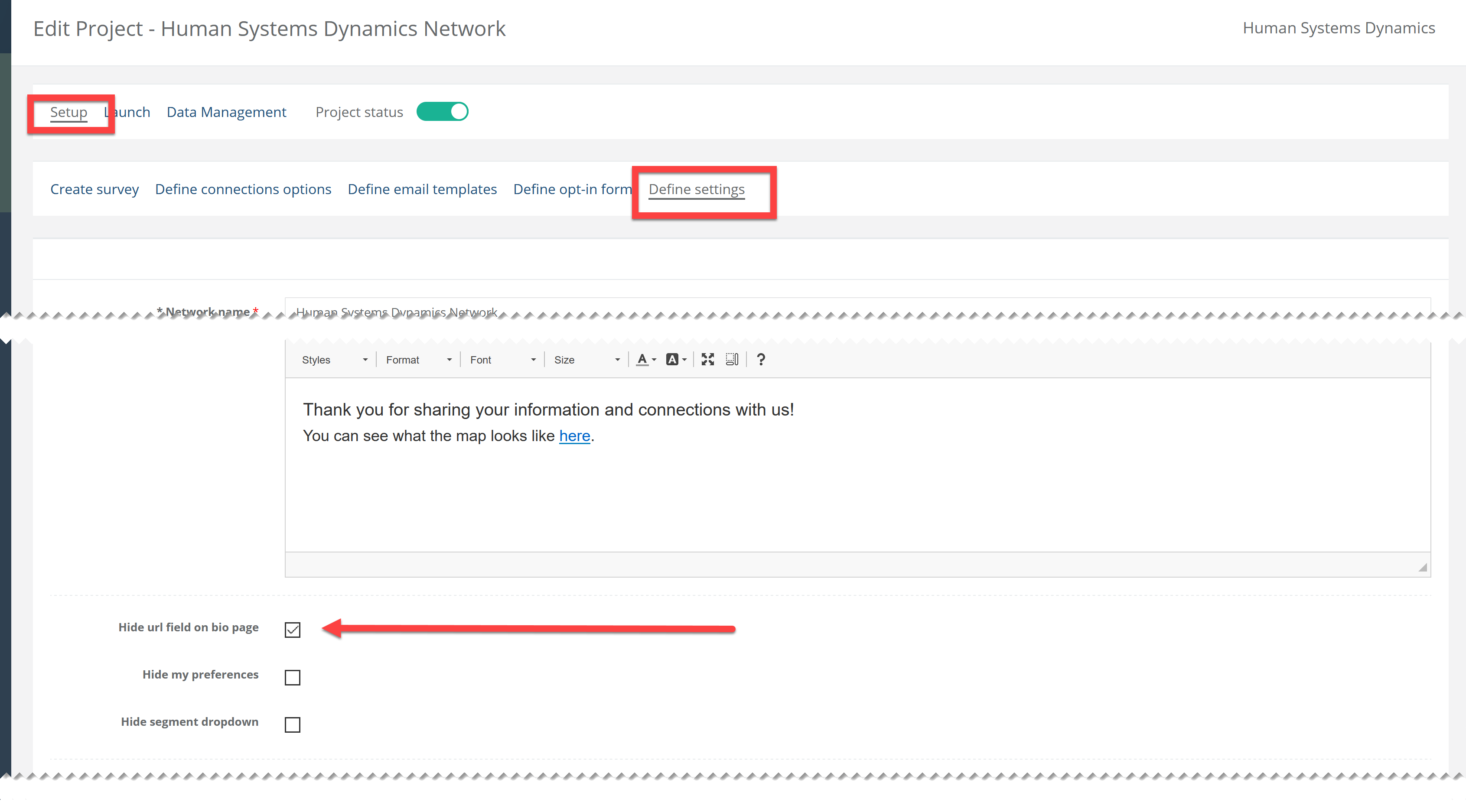 And if you turn it on, it looks like this - at the lower end of the Bio page: 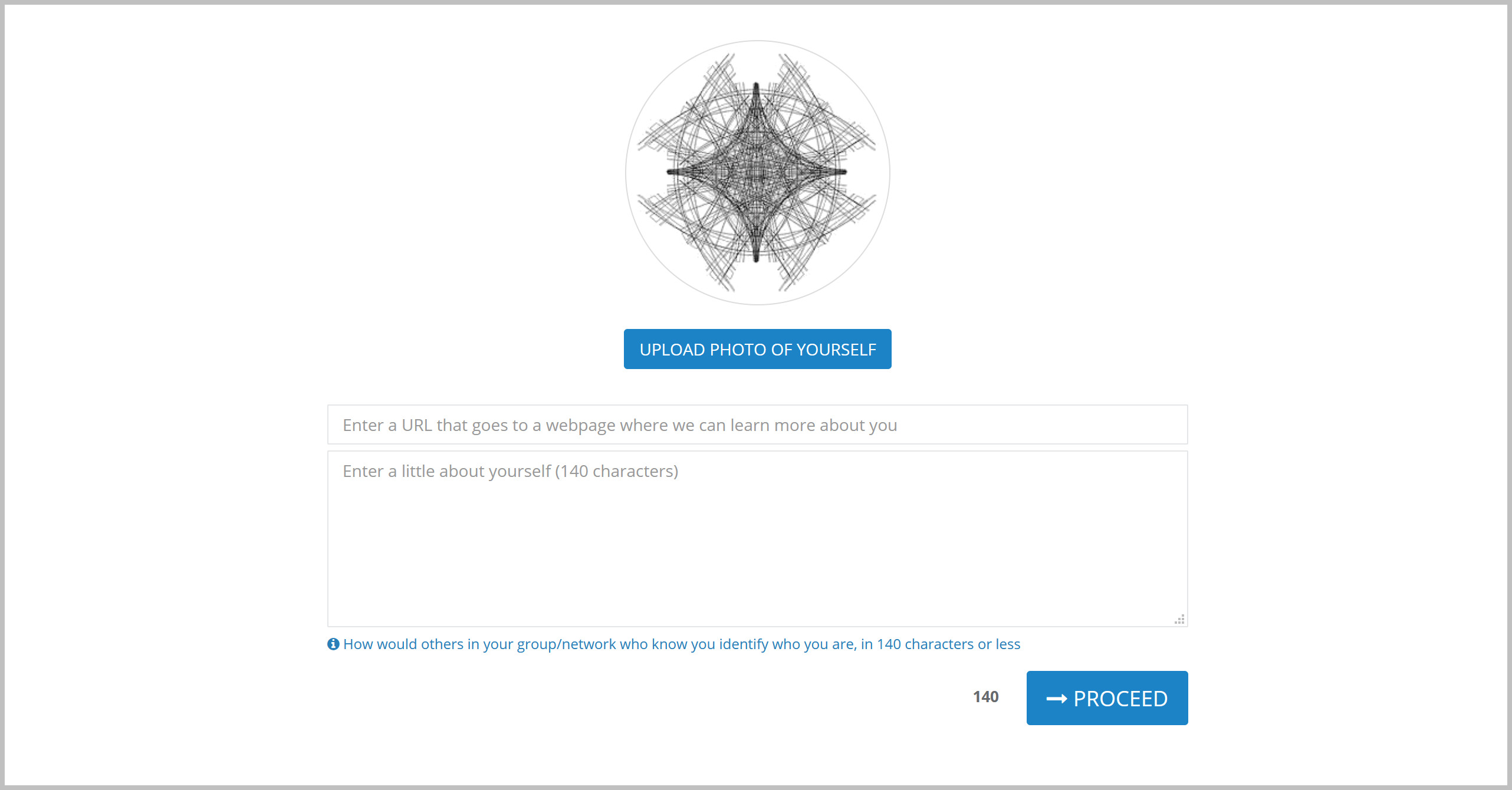 And if you have a Tier IV account, you can edit that placeholder text to suit your context: 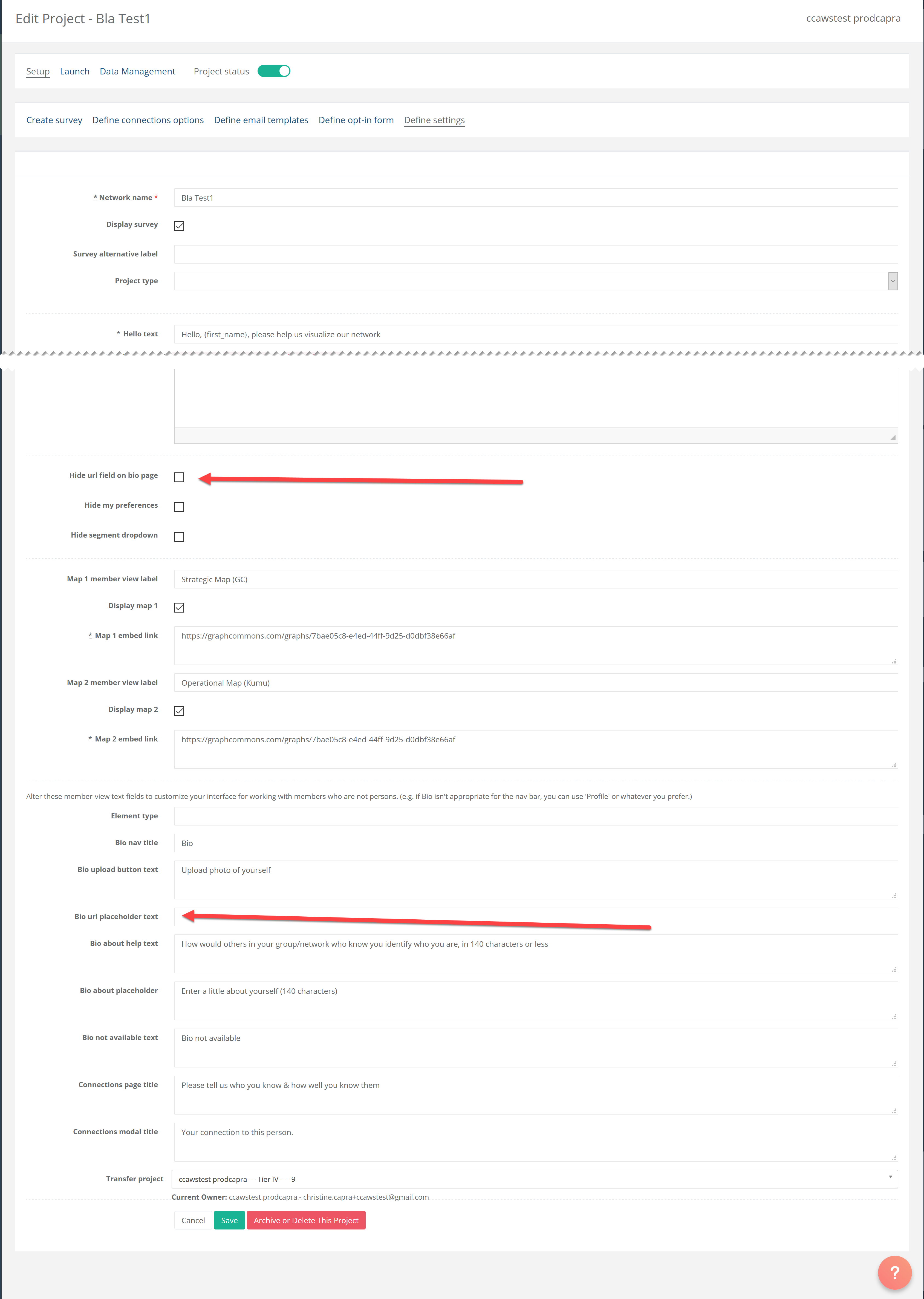 You don't need to worry and what to call it, sumApp will label it correctly, depending on the data-set you asked for.
I think that covers it, let us know if you have any questions ﻿ ﻿